The View From The Arena Floor. 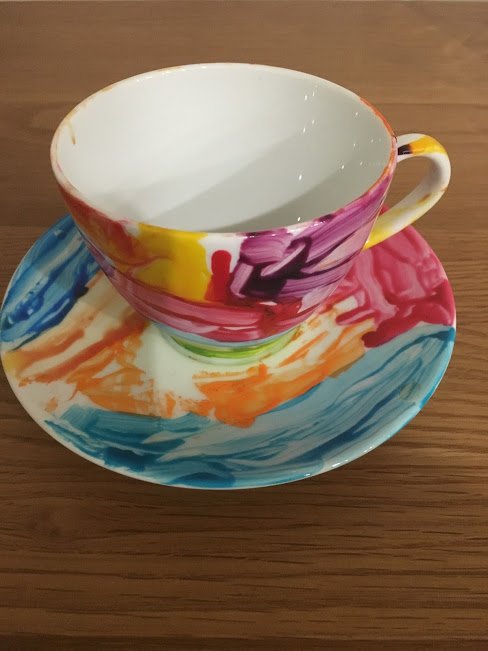 Sitting in tears in the Psychiatrists office for the first time in my life I was numb and broken. When I do things in life I tend to give it my all, and this fall was no exception! I had pushed on way past the warning signals, ignored the flashing lights and screaming voices and was totally committed to driving through…

Two days earlier a comment about a stale wafer had been the tipping point, I snapped both verbally and psychologically and knew I was broken. I was saturated, I had nothing left to give to anyone. I couldn’t take on another thing, my mind craved to take over and shut down. It wasn’t a conscious choice, I had fallen and in that moment was face down on the arena floor!

At this point a lifetime of professional (and some personal) experiences, amass with their trauma, hurt and anxiety came overflowing out. As I have come to describe it, the skip that I kept behind my protective wall just couldn’t hold it all in any more. An inspiration of mine Brene Brown sums it up perfectly;

“we just continue to amass hurt until the wisest parts of us, our bodies, decide that enough is enough. The bodies message is always clear: shut down the stockpiling or I’ll shut you down. The body wins every time” (Rising Strong pg 64)

A couple of weeks later, having taken a breather from all things work related I decided I was ready to get going again – actually I tried to convince my psychiatrist of this the second time I saw him, but he humored me and said that was possibly the second quickest recovery attempt he had seen!

Needless to say my naïve early return (without doing any of the work of recovery) didn’t go so well. A confronting visitor in a meeting had me reeling and this time my body took over. I had a full blown panic attack driving home, pulled over, walked for what seemed like ages just trying to breathe and then for the next few days had excruciating pains in the stomach that resulted in a scared and exasperated husband taking me to Emergency one early morning! My body had won – for not listening to my mind it gave me a kick in the guts!

It was about then the reality started to hit, this wasn’t about my controlling or succeeding or meeting the seemingly endless expectations of others (read myself too!). This was more important than that, this was purely about me. Lost face down on the arena floor I wasn’t sure who I was anymore but I knew in that moment that it was up to me to do the work.

It is not the falling down, but the getting back up that matters – this favorite saying of mine was now ringing round my ears. The greatest challenge of my life was just beginning.